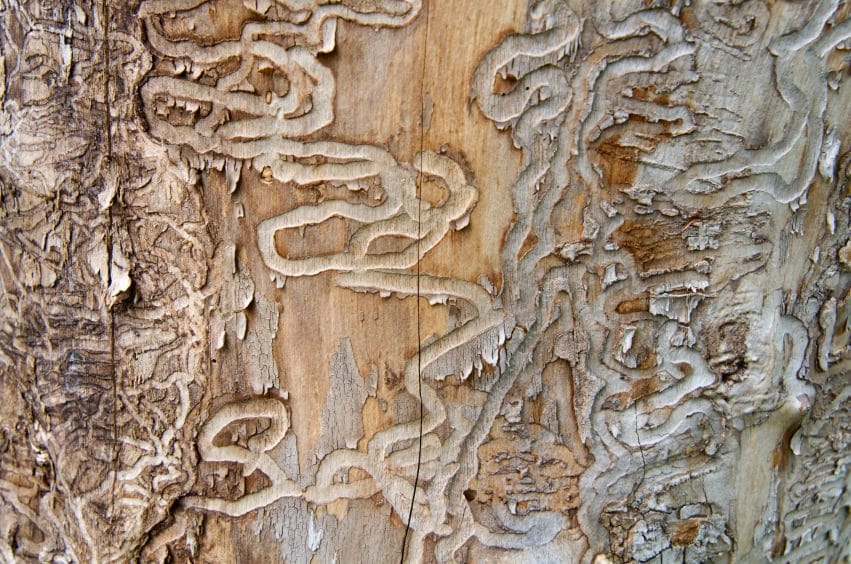 Americans have been dealing with tree diseases for decades. In the early 1900s, it was chestnut blight. Dutch elm disease, spread by bark beetles, followed a few years later.

“Today, more than 450 species of non-native forest insects and at least 17 significant forest pathogens are established in the U.S,” writes Dr. Deborah G. McCullough of Michigan State in American Forests magazine. “Most go unnoticed, but about 15 percent have had major consequences.”

One of those species is the emerald ash borer (EAB), responsible for a nationwide infestation first discovered in Michigan in 2002.

And according to the Save the Ash Tree Coalition, it’s the “worst natural disaster to affect the entire eastern hardwood forest of the United States in the last century.”

Here’s what you need to know about this infestation.

How does the infestation happen?

The EAB is an invasive wood boring beetle that has its roots in Asia. First spotted in Michigan 14 years ago, it has since spread through half the country, putting more than 8 billion ash trees at risk. They’ve been spotted in Bucks and Montgomery counties in Pennsylvania as well as Mercer County, NJ.

An infestation happens when the adult beetle lays eggs inside a tree. Those eggs hatch, and the EAB larvae began to feed on the tree just below the bark. This feeding prevents the tree from getting the water and nutrients it needs. All of this can go one for two or three years before signs of decline become apparent. By then, it’s too late for the tree.

How do I know if my trees are infected?

It’s nearly impossible to spot an infestation in its early stages, as trees don’t immediately show symptoms. One of the first signs is a yellowing/drooping of the leaves in the upper branches. As the infestation intensifies, more branches will begin to die and the new ones will sprout from the lower trunk to replace them.

As the infestation continues, you may start to see small, D-shaped holes in the trunk of the tree as the larvae grow into mature beetles and emerge from the bark. Splits in the bark will begin to appear, revealing damage to the phloem – the tissue of the tree that transport nutrients – caused by the larvae. However, often these symptoms are not seen by a homeowner because they are occurring higher up in the tree canopy.

You might also see woodpecker holes, as these birds will burrow into infected ash trees to feed on the emerald ash borer larvae.

Again, by the time these symptoms appear, it may be too late to save the tree. This is why preventative treatments are so important to stopping EAB infestations.

How can I treat my ash trees?

If you live in Bucks or Montgomery counties in Pennsylvania or Hunterdon or Mercer counties in New Jersey, it’s time to get your ash trees treated.

The most effective way to do this is through an insecticide treatment. This will prevent an infestation rather than controlling one that’s already occurred. Once infestation sets in and the tree begins to show signs of decline, removing the ash is the only solid method of dealing with the emerald ash borer in PA.

There are several different treatment options whose timing, effectiveness, and duration vary. Talking with an arborist can help you navigate these options. And because you’re dealing with pesticides, it’s a good idea to leave the treatments to a professional. One like Willow Tree & Landscape, which has been protecting trees for more than 30 years. We’ve saved hundreds, if not thousands, of local ash trees from this infestation.

All of our applicators are well-trained, licensed and fully-insured. We use a product called Tree-Age that’s injected directly into the trunk of the tree to prevent infestation.

If you’re concerned about the health of your ash trees or any of your other trees, contact us today. We will provide a free inspection of your property and advise you on the best way to protect your trees.

Get Your Free Estimate!

No tree too big, too small, or too high for us.

In awe before they all fall 🍁

The Willow Trim team. Catch em’ if you can!

Feels like Halloween already with too many sweet t

Is it possible all those plant health care treatme

The beauty of the big leaf magnolia and these cool

How most days begin over here (coffee not pictured

Celebrating the last of summer’s fruit 🍉 🚛

When work feels more like play you know you’re d

Greetings from Vancouver, Canada! We took some tim

Transfixed by these Mexican feather grasses we jus

Our friends at @hortulus.farm.pa make it too easy

We care for trees, because we share these trees. H

Here’s to hoping this Monday is as tranquil as t

We’re making things lift off again at the Horsha

From our woods to yours 👏🇺🇸

Spring is always our craziest season, but also mos

Ed and Ian did another amazing job!!! There crew showed up on time and were very polite, courteous and respectful to the property. I still can’t believe how much work they get done in a day. They worked like a well oiled machine and everyone knew exactly what to do. The next day another crew came back and ground the stumps.
We would highly recommended to anyone.